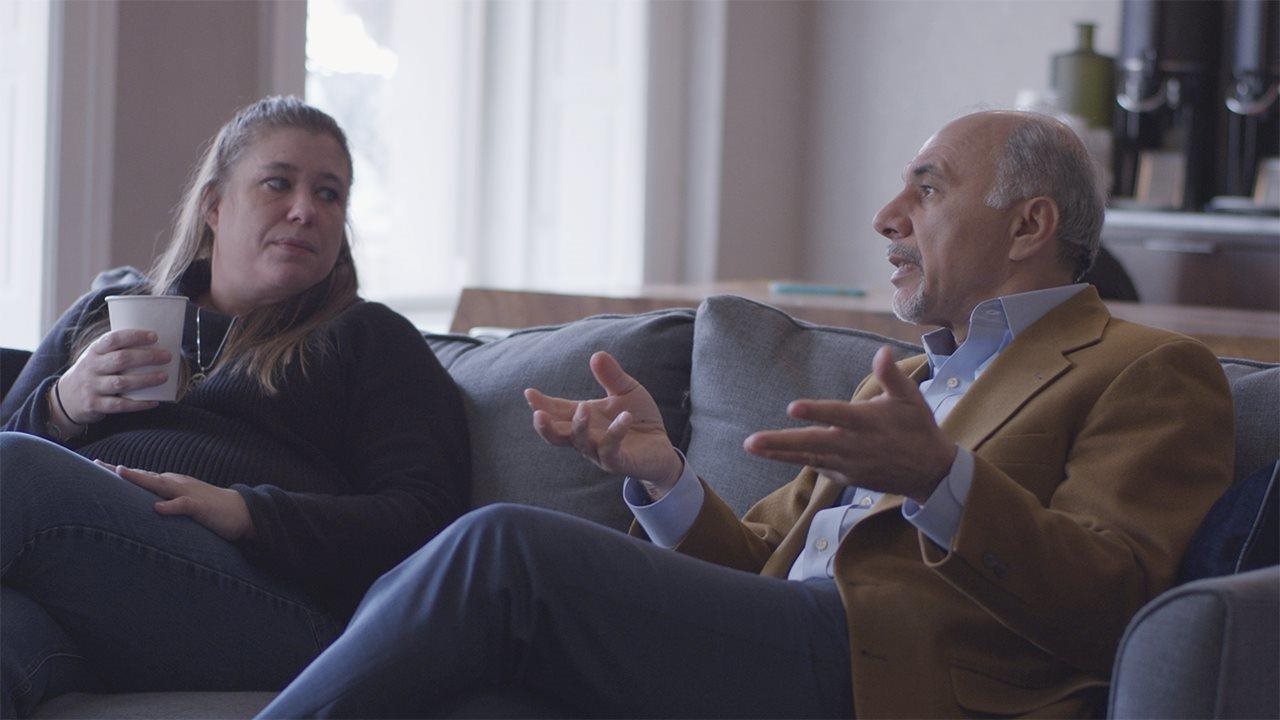 Angel loved growing up in a big, close-knit family, surrounded by cousins, aunts and uncles who got together as often as they could. To her, family meant sharing everything — good times and bad, past and present. But just like the genes for straight hair and blue eyes, Angel learned that her family also shared the gene for a rare and ultimately fatal disease.

Angel first heard about her family disease when her grandfather, a strong, capable World War II veteran, became ill. She was devastated when he began to struggle with symptoms like bowel problems and nerve damage that kept him from being able to work or play with his grandchildren. He was eventually diagnosed with hereditary ATTR amyloidosis (hATTR). The disease, which affects around 50,000 people worldwide, occurs more often in certain populations, including those with Irish heritage, like Angel’s grandfather. hATTR amyloidosis affects many organs in the body and gets progressively worse over time. Tragically for Angel’s family, the disease claimed his life too soon.

In later years, while Angel was busy raising her own family, her mother was also diagnosed with hATTR amyloidosis. For Angel, this meant helping to care for her mother as the disease symptoms took their course, robbing Angel’s mom of the chance to cheer on the grandkids at hockey games. It also meant there was a 50 percent chance Angel and her siblings had inherited the gene.

“Throughout my whole life, hATTR amyloidosis has been like a dark cloud that was never far away,” Angel said. “It’s affected my grandfather, mother, great uncles and my uncles and aunts, and as I looked at my children, I worried about their futures, too.” So, after years of living with fear of the disease, she decided that she needed to get an answer.

Angel reached out to hATTR amyloidosis expert Dr. Sami Khella, chief of the Department of Neurology at Penn Presbyterian Medical Center at the University of Pennsylvania, in Philadelphia, to help her through the genetic testing process.

“Genetic testing for hATTR amyloidosis is important because the symptoms can be so different — ranging from diarrhea to nerve pain to dizziness or shortness of breath, so a genetic test is often the only way to tell if a person carries the genetic mutation that causes the disease,” said Khella. “Testing is also important because now, for the first time, there are treatments designed to stop the disease from getting worse.”

Angel’s two-week wait to get her results was agonizing. Finally finding out that she was not a carrier for the gene was a huge relief. “I was so happy, not for myself but for my children. But my immediate next thought was about my siblings and my cousins and all their kids,” said Angel. “I knew we all needed to find out more.”

Angel approached genetic testing like she did so much of her life: as a family affair. Working with Dr. Khella, she arranged for 27 members of the family to be tested in one day through the hATTR Compass Genetic Testing Program, which offers no-cost, confidential genetic testing and genetic counseling for patients clinically suspected of having hATTR amyloidosis with polyneuropathy as well as family members of those with hATTR amyloidosis.

In total, about 75 family members have been tested with around 25 of those testing positive.

“Genetic testing can help identify a mutation in the TTR gene before the disease starts to show symptoms,” said Khella. “This means that those who know they have the gene — like several members of Angel’s family — can be aware of symptoms to look out for and can seek treatment early, before the disease gets worse.”

Angel is passionate about raising awareness of hATTR amyloidosis within her own family and among other large families like her own. Known as the family expert, she is often the first person her relatives ask about genetic testing, symptoms, doctors or treatments. Angel also shares her story through the hATTR Change the Course Program, encouraging other families to take charge of their condition.

“Family is the most important thing to me, and I’m glad to be fighting for them,” she said. “I couldn’t help my grandpa, or my mom, but I know they’d be glad to see that the future looks brighter for the next generation.”