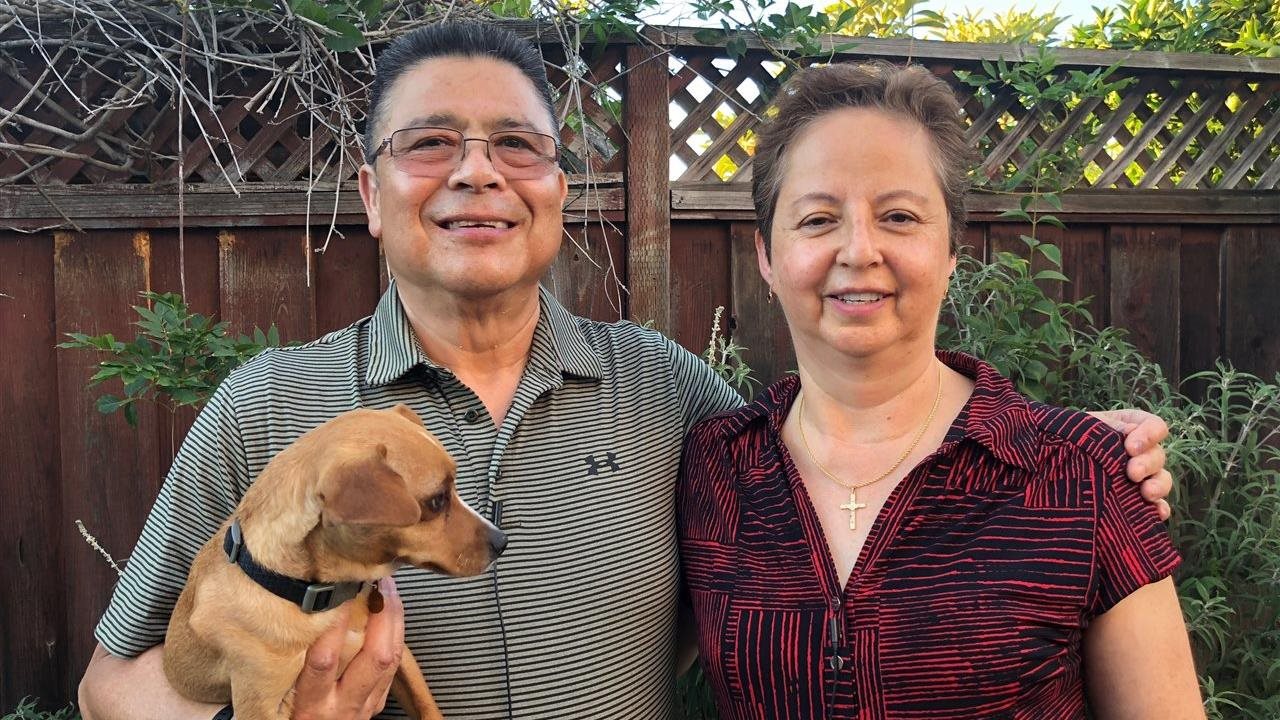 After 30 years of painting commercial buildings, Mario Martinez of San Jose, California, was used to grueling hours under a sun-soaked sky, doing back-breaking work. He loved his job, but after spending hours outside he was ready to go home.

Mario bent down to pick up his paintbrush, roller and can. Turning back to look at his day’s work, he paused. His heart sank. He knew something was wrong.

"Mario came home and told me he had painted the wrong side of the doors on the building,” said his wife, Veronica. “It was alarming because he’s been painting buildings for years and never made this kind of mistake. It worried us both.”

The couple had noticed that he seemed to be more forgetful recently, but neither had shared their concerns with the other. Now that Mario’s memory lapses were interfering with his work, it was time to talk.

“Veronica told me I was asking for more and more help,” Mario said. “I told her that I was forgetting a lot of the things she asked me to do. The more we talked, the more I realized I had a problem. I was forgetting many moments in my life and not enjoying activities that I had enjoyed before.”

The couple’s difficult conversation led Mario to his doctor’s office, and he was diagnosed with Alzheimer’s disease.

Mario is one of more than 5 million Americans living with Alzheimer’s — a fatal brain disease that causes problems with memory, thinking and behavior. Every 65 seconds someone in the United States develops Alzheimer’s disease and it’s the country’s sixth-leading cause of death.

Despite Alzheimer’s growing impact, many families struggle with discussing the issue. A recent Alzheimer’s Association survey reveals that 72 percent of Americans say that talking to close family members about cognitive decline would be challenging for them. However, having these difficult, but important conversations sooner can prevent a crisis and improve health options and outcomes.

Reach out for help

To encourage and help more families discuss cognitive problems sooner, the Alzheimer’s Association, in partnership with the Ad Council, has launched the “Our Stories” campaign. “Our Stories” features real stories of people who noticed cognitive changes in a family member and took the first, difficult step to initiate a conversation.

“It’s understandable that many families are reluctant to express their concerns and start a conversation, but there are good reasons to do so,” said Ruth Drew, director of information and support services, Alzheimer’s Association. “Initiating conversations sooner can enable early diagnosis, which offers many important benefits, including allowing more time for critical care planning, better disease management and providing diagnosed individuals a voice in their future care.”

The “Our Stories” website (alz.org/ourstories) offers families tools and resources, including customizable conversation starters, a list of early signs and symptoms of Alzheimer’s, benefits of early diagnosis, a downloadable discussion guide and other resources.

Whether you’re noticing changes in yourself or a loved one, starting a conversation about Alzheimer’s can be difficult, but it can make a big difference and there are resources to help. When something feels different, it could be Alzheimer’s — now is the time to talk.