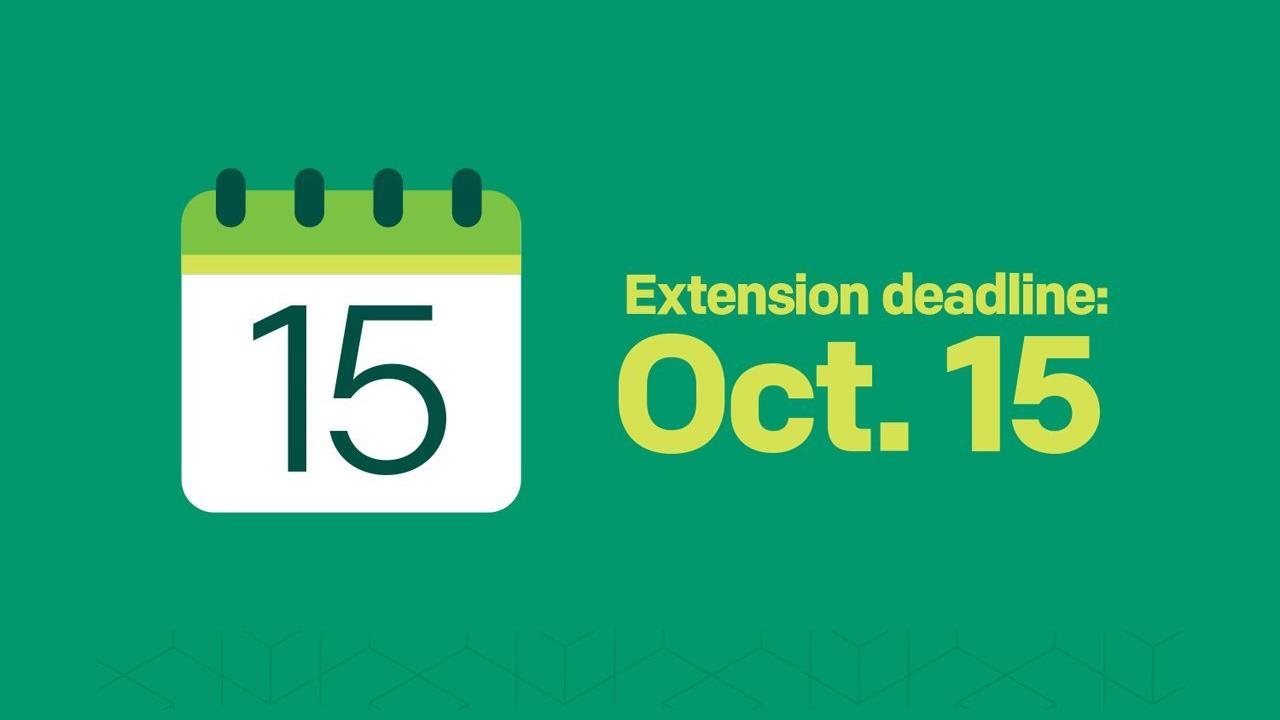 The IRS projected that more people than ever before — 14.6 million — would file an extension. That estimate may have been conservative, given how tax reform influenced people to delay filing as they figured out what tax reform meant for them.

Now, those who still haven’t filed are running out of time, because the tax filing extension deadline is Oct. 15, 2019. Once Oct. 16 rolls around, those who still haven’t filed and owe the IRS will face a 5 percent monthly failure-to-file penalty on unpaid tax. The penalty adds up each month until the taxpayer files, up to a maximum of 25 percent. For those who did not file for an extension before the April deadline, the 5 percent monthly penalty kicked in immediately after the deadline.

The good news is people due a refund don’t pay a late filing penalty. In fact, most taxpayers (53 percent) filing after the April deadline get a refund. But the longer they wait to file, the later and later they will get their refunds, which average more than $4,000.

If that’s not reason enough to file, taxpayers who filed an extension have indicated to the IRS they need to file a return, essentially putting themselves on the IRS’ radar. These taxpayers will be easy targets for an IRS notice if they don’t file by the October tax deadline.

Taxpayers who still haven’t finished their taxes are more likely to be looking for help: 85 percent of them get professional help from a tax preparer, compared to 58 percent of taxpayers who file during tax season. They may be afraid of owing the IRS, uncertain about the tax outcome, missing documents, or just procrastinating. Whatever the reason, anyone who wants help filing a tax return to meet the October tax deadline can make an appointment with an H&R Block tax professional by calling 800-HRBLOCK or finding a local, year-round H&R Block office online. Online tax filing and DIY tax software are available 24/7.