Why dads are radder than ever 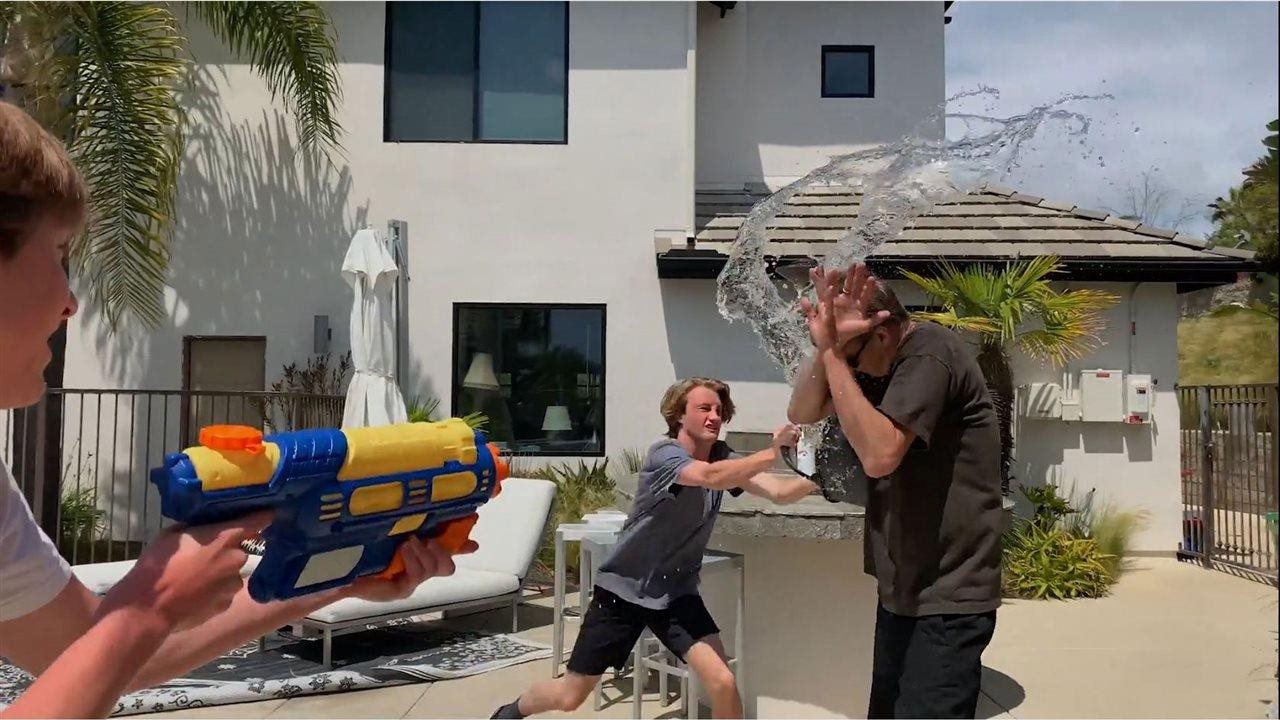 Dads today are dramatically changing what it means to be a dad. According to Pew Research Center, not only are millennial dads spending more time with their kids than any previous generation, but they are more engaged. These highly skilled “rad dads” are going beyond changing diapers and pickup duty, and getting on their kids’ levels through play and genuine involvement. They get that in a hyper-connected, over-scheduled world, connecting with their kids is just as important as providing for them.

Adding spontaneous joy to daily life. Rad dads have evolved beyond classic maneuvers like “Hey, pull my finger.” They’ll do the floss in aisle nine and join a tiny tea party anywhere, anytime. Whether it’s transforming a staircase into an epic slide, doing an impromptu couch-side manicure, or having a sing-along dance party, these dads are inspiring kids to laugh and find joy in being themselves. Although millennial dads are still career-driven, modern families are more likely to share financial responsibilities, which allows rad dads to have more memorable bonding time with their kids and the flexibility to be there for the moments that count.

Being part of something bigger. Rad dads are unabashedly proud of their families and serve as their biggest cheerleaders in person, sharing kids’ life milestones on social media. Professional skateboarder Tony Hawk is proud to be one of them — he recently posted a now-viral video of helping his 10-year-old daughter overcome her fears and skate down a ramp for the first time.

“Being there for your kids is most important … not just cheering them on, but actually participating with them. Dads these days are inspiring future generations and leading by example,” said Hawk. “Being a dad is my proudest accomplishment.”

It’s been almost two decades since Hawk endorsed Bagel Bites and he has gone on to be one of the most influential skateboarders of all time. But his greatest achievement was going from legendary rad skateboarder to legendary rad dad of six. And now Bagel Bites and Tony Hawk are teaming up to see what makes you or the dads in your life proud members of the Rad Dad Squad.

Three lucky dads and their kids will win the opportunity to get a private skate demo from Hawk at his ramp in San Diego and enjoy a pizza party with the sports legend himself. Winners will be announced throughout the month of June, starting on Father’s Day. Tag your video or photo #raddadsquad and #sweepstakes through June 23, 2019, for your chance to be selected. Click here for sweepstakes rules.

Throughout the summer, the Rad Dad Squad will also surprise dads on social media with custom Rad Dad swag, including hoodies, nail polish, hats, and a limited-edition skate deck signed by Tony.