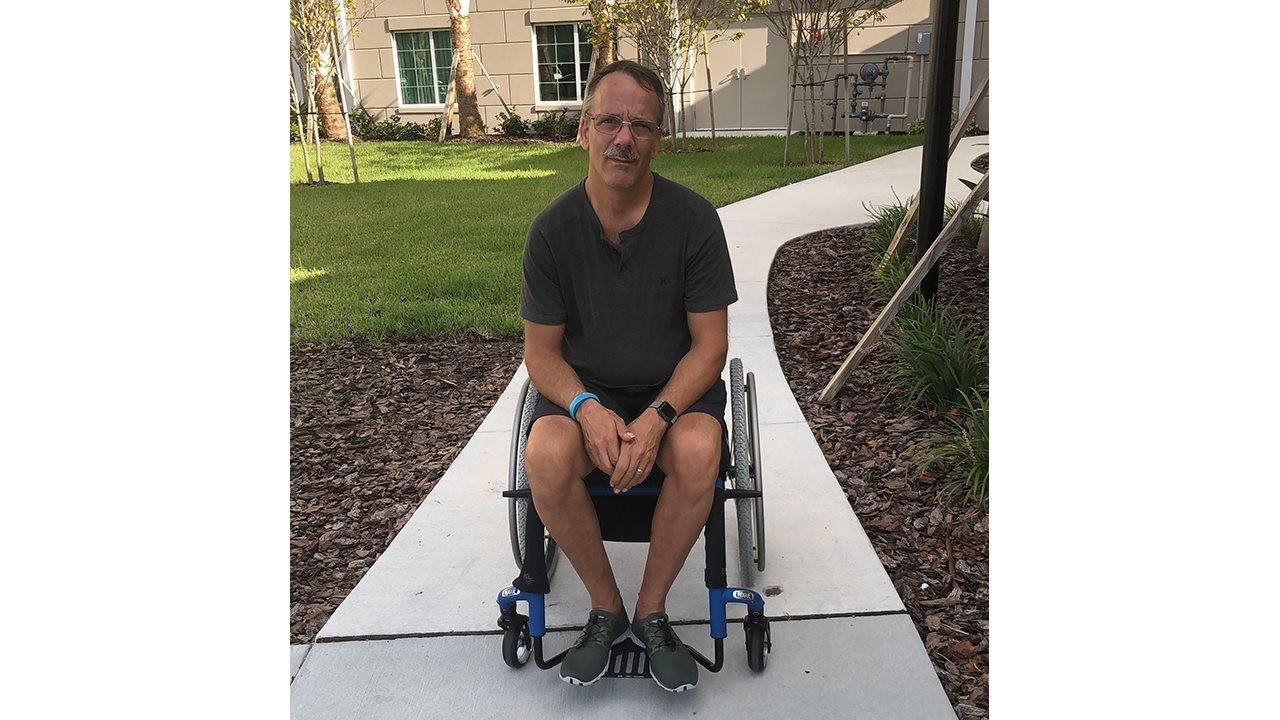 For people with ataxia, a rare and progressive neurological disease, the most common aspects of everyday life are a significant struggle. It’s an uphill battle that patients like John Mauro are confronted with every day.

Ataxia is a condition that develops due to damage to the cerebellum, the part of the brain that coordinates movement. People affected by ataxia have problems using their arms and legs, causing issues with balance when walking and moving their eyes. As the disease progresses, symptoms often worsen, and people experience slurred speech, trouble swallowing and a deterioration of fine motor skills.

“Living life on a clock”

The burden of ataxia is compounded by daily fatigue and exhaustion. Without adequate rest, they often begin each day with a diminished level of energy, which makes the physical complications of ataxia even more challenging. John compares the morning fatigue he experiences to waking up with a “half charged cell phone battery.”

“I have to spread the energy I have throughout the entire day. If I use a lot of energy in the morning, it doesn’t leave me much for the rest of the day,” says John, who was diagnosed with sporadic ataxia, an acquired form of the disease, in 2008 at age 46. “The more exhausted I get, the harder it is to keep my balance and walk.”

“Like a lot of ataxia patients, John suffers from considerable fatigue,” says John’s wife, Dana Mauro. “Knowing that he will get more tired as the day progresses, he essentially has to live his life on a clock, prioritizing his energy hour by hour.”

Dana wanted to do more to help ataxia patients and their family members, so in 2014 she began hosting a series of educational podcasts. Among the many topics she has covered is the hidden emotional and social burdens of the disease.

“The impact of ataxia on quality of life is pervasive,” says Dana. “In addition to the outward physical complications of living with ataxia, patients often feel isolated and alone. They tend to become overstimulated, making it difficult to engage with family and friends and participate in social activities. These are some of the invisible aspects of ataxia that contribute greatly to patients’ ongoing struggles. I’ve seen it firsthand with John.”

John is one of approximately 150,000 people living in the U.S. who are affected by ataxia, according to the National Ataxia Foundation (NAF). Ataxia is a disease that can be acquired or inherited from a family member as a result of a genetic defect.

Hereditary ataxias are caused by a genetic defect that is present from the start of a person’s life. Among the inherited forms of the disease is spinocerebellar ataxia (SCA), which affects an estimated 3,200 to 18,000 people in the overall ataxia patient population, according to the National Ataxia Foundation.

Most people with SCA are diagnosed in their mid-30s, but it can affect people of all ages, genders and races. The onset of symptoms and disease progression rates varies by patient and the SCA disease-type they have. There are five commonly known SCA disease-types, each of which is caused by specific genetic defects.

There is no cure or FDA-approved treatments to delay or halt the progression of SCA, and current therapeutic strategies only help manage symptoms to improve a person’s quality of life.

A new clinical trial sponsored by Biohaven Pharmaceuticals is researching the potential of troriluzole, an investigational medicine, to slow down and improve ataxia symptoms. More than 18 medical centers in the U.S. are participating in the trial and seek to enroll participants in the study. Visit scatrial.org to learn more.