Worried about wildfires? Help protect your home with these 4 steps 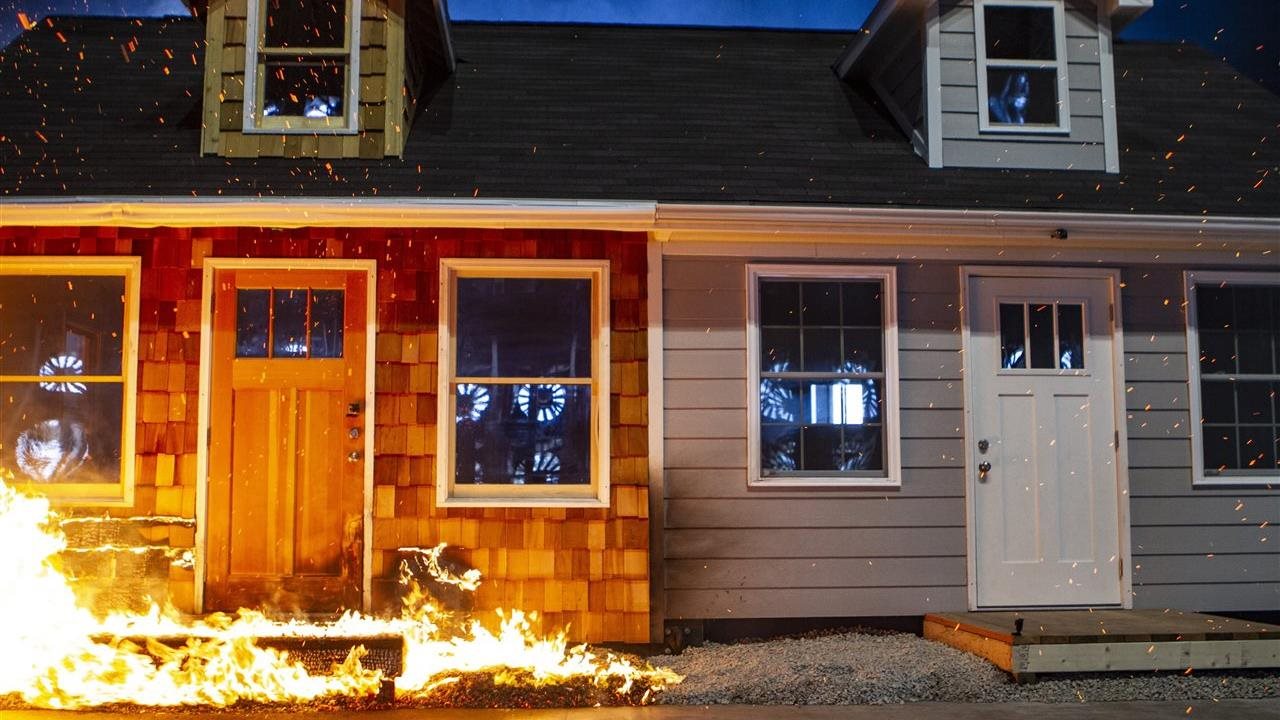 For many Americans living in areas prone to wildfires, the devastation they can bring to homes and families are a growing concern.

A recent report shows the amount of U.S. acreage burned by wildfires each year is rising. Prior to 2000, the country never saw more than seven million acres burned annually, but since then the ruined acreage has exceeded that every year. In both 2015 and 2017, a whopping 10 million acres were ravaged.

Historically, 13 states in the western U.S. have been the most commonly affected by wildfires, which is especially problematic given that more than 100 million people now live in that region.

“The potential impacts of wildfires on humans and humans on wildfires are inextricably linked,” notes the report. "The high density of homes located in areas susceptible to wildfires, and the continuing expansion of development into (those) lands … only increases the threat of future catastrophic events and the possibility of billion-dollar losses.”

The good news is homeowners in susceptible areas can take several steps to protect their homes from out-of-control wildfires. A good start is to use “Wildfire Ready,” a new, science-based prep guide created by the Insurance Institute for Business & Home Safety (IBHS) to walk homeowners through the most critical steps to take when facing wildfires. It prioritizes the home improvements that can make the biggest impact in reducing risk and addressing the areas of the home most vulnerable to ignition, then walks you through additional recommendations to implement as time and budget allow.

Some key suggestions for homeowners in wildfire-prone areas from “Wildfire Ready”:

Make sure your roof is fire-rated. Testing labs use standardized tests to categorize roof materials based on how they can perform to fire exposures. The most fire-resistant, Class A, can withstand severe exposure to exterior fires; the category includes concrete or clay roof tiles, fiberglass asphalt composition shingles and metal roofing.

Create a five-foot home ignition zone buffer around your home. That means addressing or removing anything in that perimeter that could ignite in a fire. This includes clearing roofs, gutters and exterior vents of organic debris; using hardscape like gravel and pavers rather than wood mulch; and parking boats, RVs, and other vehicles outside of the zone.

Add or upgrade vent screens: Embers can enter your home through vents. Ensure attic, roof, gable and crawlspace vents are covered with 1/8 inch or finer metal mesh to keep embers out.

Remove items from under your deck and porch. In addition to preventing the accumulation of leaves and other yard refuse underneath decks and porches, it’s important not to store combustible materials such as lumber, ladders, canoes or spare patio furniture in those seemingly convenient spaces. You can boost overall safety, in fact, by simply boxing in or screening those areas. The deck itself should be built of noncombustible materials or those that comply with the California (or other applicable) Building Code.

The recent increase in the number and intensity of wildfires in the western U.S. is an alarming trend, but many homeowners love the area so much they’re willing to accept some risk to their properties. If you’re one of them, make sure you take every step you can to protect your assets in the event of fire. Find more information in the IBHS “Wildfire Ready” guide.