How the rest of the world sees America in 2020 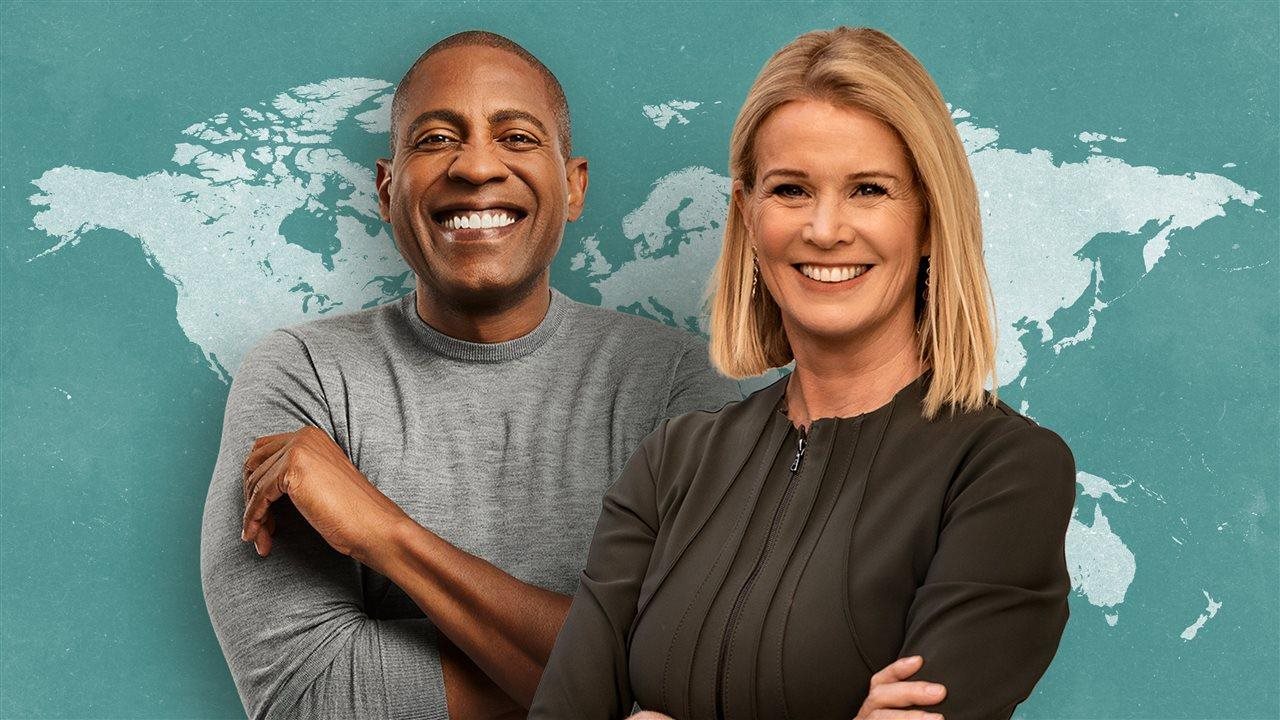 The United States of America is confusing in the best of times. Tax returns. Fifty different legal systems. Why we still use pounds, inches and Fahrenheit. Daylight saving time. We could go on.

And in the worst of times? From political debates about wearing masks in a pandemic to a contested Electoral College result, America continues to leave the rest of the world baffled and, in no small part, shocked during the turbulence of the past 12 months. And: totally and utterly obsessed.

“I have never known people [around the world] on tenterhooks in the way that they are” at this moment, says Katty Kay, a veteran BBC journalist based in Washington, D.C. They want to know “what the heck is going on in this country right now,” she says. Enter Carlos Watson, the most important new face in the U.S. media industry who’s emerging as one of the digital generation’s preferred voices to make sense of the turbulence of 2020. To help cut through the noise, Kay and Watson co-host When Katty Met Carlos, one of the best podcasts to help you understand U.S. politics and society today. The program has already topped the podcast charts in over a dozen countries, and recently had its season extended. Watson is the CEO and co-founder of OZY, a dynamic media startup that has impressed many by being able to secure groundbreaking partnerships with titans of the media industry such as A+E Networks and iHeartRadio; the BBC being the latest of those, cementing OZY’s role as a global authority in news, discussion and analysis.

With insights from journalists, politicians and experts from across the globe, When Katty Met Carlos takes a step back to examine the state of the American experiment from the ground up, providing forward-looking insight and commentary you can’t find anywhere else. Here’s a look at some of the key perspectives that Kay and Watson have unearthed about America as seen in the eyes of the rest of the world today.

With the world’s highest number of cases and among the highest rates of deaths per capita due to the COVID-19 pandemic, what Americans often describe as the “greatest country in the world” has struggled in the greatest test the world has faced in a generation. Has the pandemic created a dent in the idea of American exceptionalism? And, Kay ponders in the opening episode of When Katty Met Carlos, has America’s national self-confidence actually harmed its ability to learn from other countries’ responses to the pandemic? The rest of the world is starting to wonder whether America has been humbled by 2020.

The United States has long been admired as a global gold standard in economics and democracy — and its global leadership in both areas is currently in peril. The coronavirus pandemic has amplified inequalities that have become a hallmark of American capitalism, with growing rates of poverty among children and racial minorities. Instead of looking to the U.S. for leadership, many countries have recently turned to the German policy of Kurzarbeit (short-time working), in which governments top up the wages of staff on reduced hours to offset unemployment. In the realm of politics, a shaky electoral process, an impeached president and a lack of public trust in institutions have many around the world wondering whether American democracy is under threat. Several American adversaries, such as Russia and China, have openly gloated at the apparent stability of their own political systems relative to the U.S., and some younger democracies for which the U.S. would typically be a role model, such as Bolivia, have questioned whether America is really an example worth following.

3. A global conversation about race

The United States has been forced to confront a conversation about race with more urgency than it has in decades, and the world is watching. While the issue of racism afflicts every society, there is perhaps no country that faces it as acutely as the U.S., with the potential exception of South Africa. “Without having the conversation about what happened here in the past, there will be no conversation about what happens next,” South African journalist Justice Malala tells When Katty Met Carlos. The Truth and Reconciliation process there, says Malala, had the effect that “everyone came to be under the tent” of mutual understanding, even though many people ultimately left those discussions unsatisfied about the path forward. America still needs to get under the tent, he says. Whether the U.S. will take the baton of leadership from South Africa on this issue remains to be seen.

To continue these conversations about the future of America and its role in the world, subscribe to When Katty Met Carlos on Apple Podcasts, Spotify, Stitcher or wherever else you listen to podcasts.