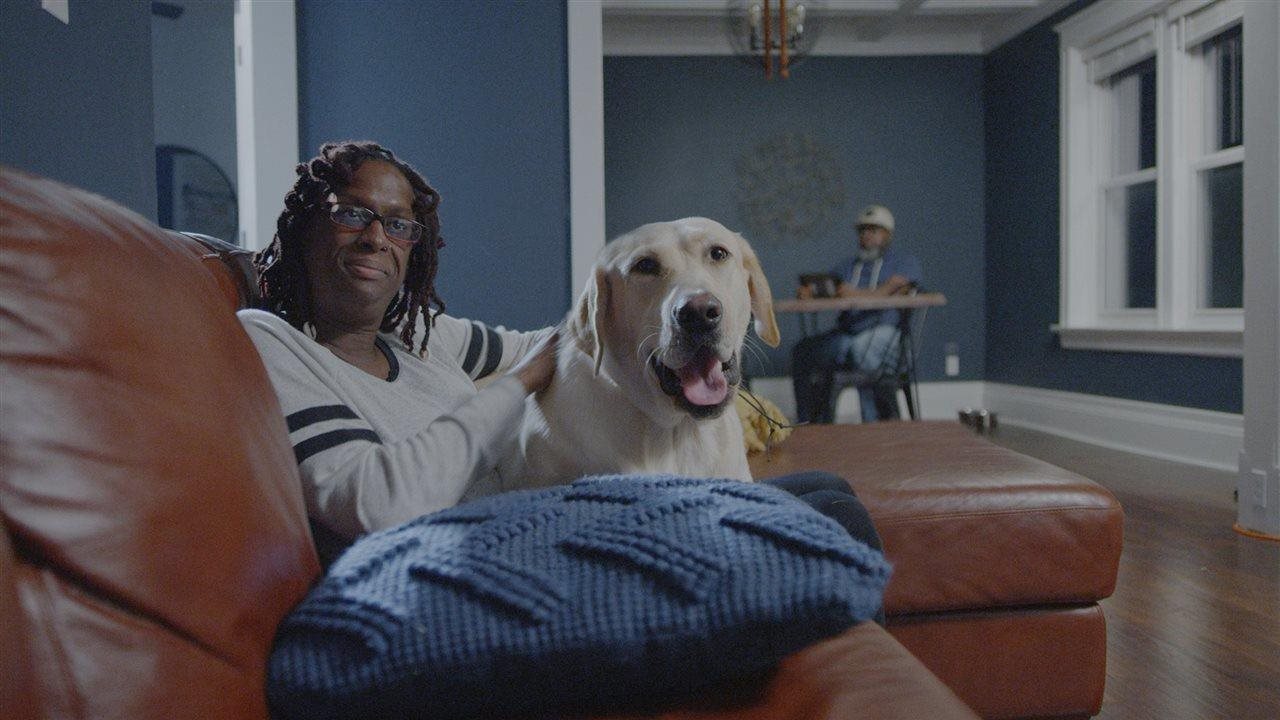 Imagine nightmares limiting you to a few hours of sleep a night, feeling too scared to drive or take a walk, and staying inside your home week after week due to anxiety. This was the reality for Tishawna of St. Louis, Missouri, a veteran with post-traumatic stress disorder, commonly referred to as PTSD.

"I can go weeks without leaving my house. I have an 11-year-old child still at home and there are things she wants to do and I feel like I'm letting her down," said Tishawna. "PTSD has taken a lot of my life."

Tishawna is not alone. Over 3 million veterans suffer from PTSD. Having tried a variety of mental health treatments with limited success, she then learned that PTSD service dogs are proven to reduce the symptoms of PTSD, even when traditional therapies cannot.

PTSD service dogs are not the same as emotional support, therapy or companion dogs. Like service dogs for the blind, deaf and physically disabled, PTSD service dogs for veterans must be specially trained to help their handler perform tasks they cannot otherwise perform on their own. Unfortunately, it costs over $20,000 on average to train and care for one service dog before it's placed with a military veteran.

Most veterans are unable to afford this cost and depend on the generosity of organizations who make this life-changing option available to those who need it most. Each year, less than 1% of individuals in need of a service dog that apply for one are able to actually get one. That's why when Tishawna learned she was approved to receive a service dog from Got Your Six Support Dogs, with the help of Dog Chow and its "Service Dog Salute" campaign, she felt like she won the lottery.

For veterans struggling with PTSD and other issues, getting a service dog provides hope of a new beginning. Tishawna cried the first time she met her service dog, Archie, a moment that is captured in Dog Chow's new documentary short film titled “Even Heroes Need Heroes,” available to view at DogChow.com/Service. The film follows three veteran and service dog pairs as they learn how to cope with symptoms of PTSD, such as night terrors, emotional detachment and hypervigilance.

"Tishawna was always in the house, looking at the four corners of the walls depressed, just wasn't motivated at all," said Karl, Tishawna's husband. "It had a big effect on our marriage and our family. Now with Archie, I see her smiling. I hear her excited, like hey, let's go outside today, let's go for a walk, let's go for a ride."

Thanks to Archie and his special training, Tishawna is becoming more independent. She's sleeping better and having fewer panic attacks. She even has started driving again and feels much closer to her daughter.

"Archie has really made a big difference. Some people say, 'Oh, he's just a dog.' No, Archie's like my son. He feels me. He calms me," she said.

Through its "Service Dog Salute" program, Dog Chow continues to support organizations who train service dogs for veterans with PTSD, including Got Your Six Support Dogs and Tony LaRussa’s Animal Rescue Foundation (ARF), donating $850,000 since the initiative began in 2018.

In addition to donating funds, Dog Chow has also worked with members of Congress on federal legislation supporting veterans with PTSD. Passed with broad bipartisan support in 2021, the PAWS for Veterans Therapy Act will create a pilot program in the United States Department of Veterans Affairs to train and connect service dogs to veterans with PTSD.

To find out how you can help, visit DogChow.com/service.