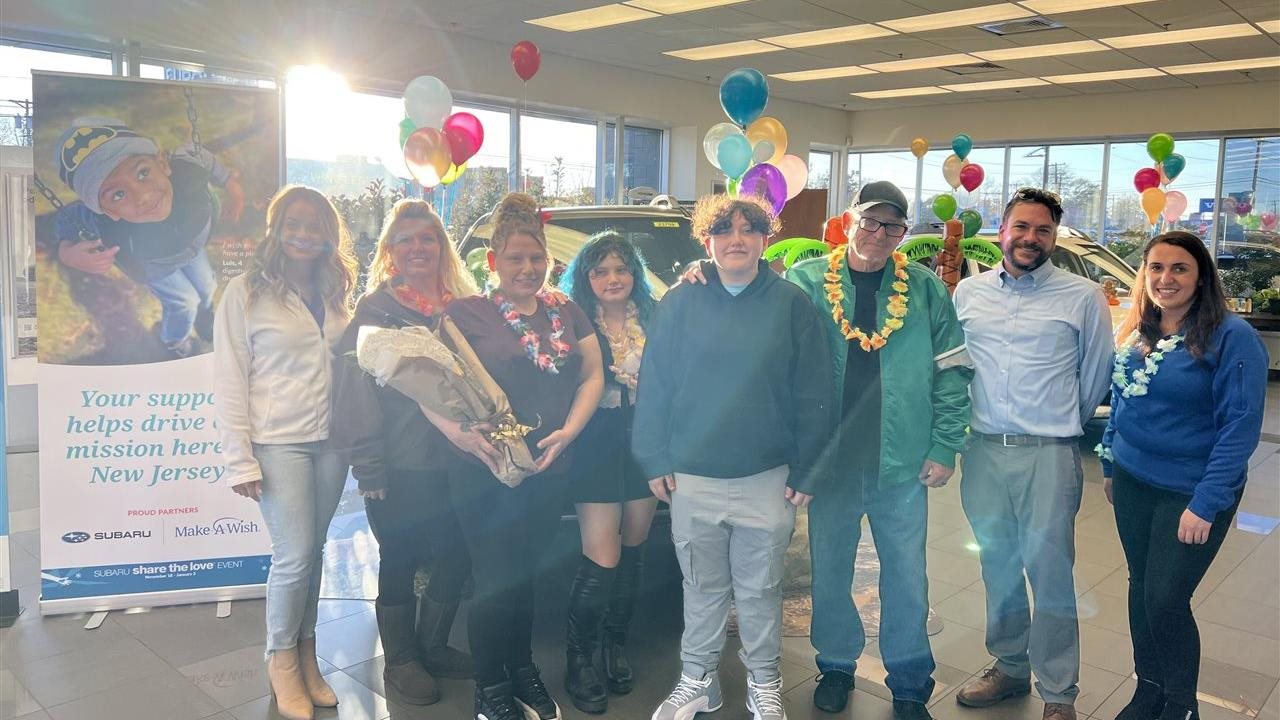 When Kabrina Clark woke up on her 18th birthday, she had no idea what was in store for her.

Just four years earlier when she was 14, Kabrina was diagnosed with cancer of the soft tissue, facing the fierce realities and difficult medical protocols that come with a devastating, life-threatening diagnosis. However, Kabrina has always had a positive attitude and her grandmother shared that while they always thought they’d have to be Kabrina’s rock during her most difficult times, it turned out that Kabrina was everyone else’s rock, never letting her medical diagnosis define her.

While going through treatments, Kabrina and her family were introduced to Make-A-Wish. Kabrina’s wish was to travel to the tropical islands of Hawaii and experience something she had only dreamed of — swimming with dolphins.

Now on the morning of her milestone birthday, she woke up thinking she had to fill out some paperwork for her wish, with no plans yet set. On their way to the Make-A-Wish New Jersey headquarters in Monroe Township, Kabrina’s grandmother shared that she needed to stop at Subaru of Cherry Hill to look at a car she had been interested in purchasing.

To Kabrina’s surprise, when she and her family entered the showroom at Subaru of Cherry Hill, they were greeted by tropical decorations and a cheering crowd filled with Make-A-Wish and Subaru staff and volunteers. They all had one special birthday message for Kabrina — her wish to swim with the dolphins was coming true!

Kabrina shared her life’s journey with Subaru of Cherry Hill Owner Ziad Nashed during an interview on the showroom floor, holding back tears of joy.

“To see her so excited. I almost cried,” Nashed shared. “It just warms you up, seeing her feelings, how her grandparents felt. You can’t beat that.”

During the celebration, Kabrina was presented with a gift basket of goodies to take on her trip, her wish itinerary and learned many of the details about her wish, including her limo to the airport, her beautiful hotel in Waikiki, and all the exciting activities in store for her, complete with a dolphin experience.

Kabrina was overwhelmed with emotion as both of her grandparents hugged her. “I didn’t know anything,” Kabrina said while trying to hold back tears.

The celebration concluded with a special performance from a Hula dancer to get Kabrina and her family in the Hawaiian spirit. Then, Kabrina was serenaded by everyone in the dealership singing “Happy Birthday,” and was presented with a beautiful Hawaiian-themed birthday cake.

The smile did not leave Kabrina’s face as she continued to let the reality sink in that her wish was about to be granted, and in one short week, she would soon be basking in the sun in Hawaii, giving herself and her family a chance to exhale and begin a new chapter in their lives.

“I am just so thankful,” Kabrina kept saying to everyone.

Kabrina’s wish is granted in partnership with Make-A-Wish New Jersey and Subaru of Cherry Hill through the annual Subaru Share The Love(R) Event taking place now until Jan. 3, 2023. Throughout the nationwide campaign, for every new vehicle purchased or leased, Subaru will donate $250 to the customer’s choice of participating charities, including Make-A-Wish. Learn more at wish.org/subaru.

After 14 years, Subaru of America, Inc. and its participating retailers have donated more than $227 million to select charities through its annual Subaru Share the Love Event. For years, Make-A-Wish has benefitted from the campaign, having received more than $29 million in support, a generous sum that has helped the organization grant more than 3,000 wishes and spark everlasting hope and joy for wish kids and their families.