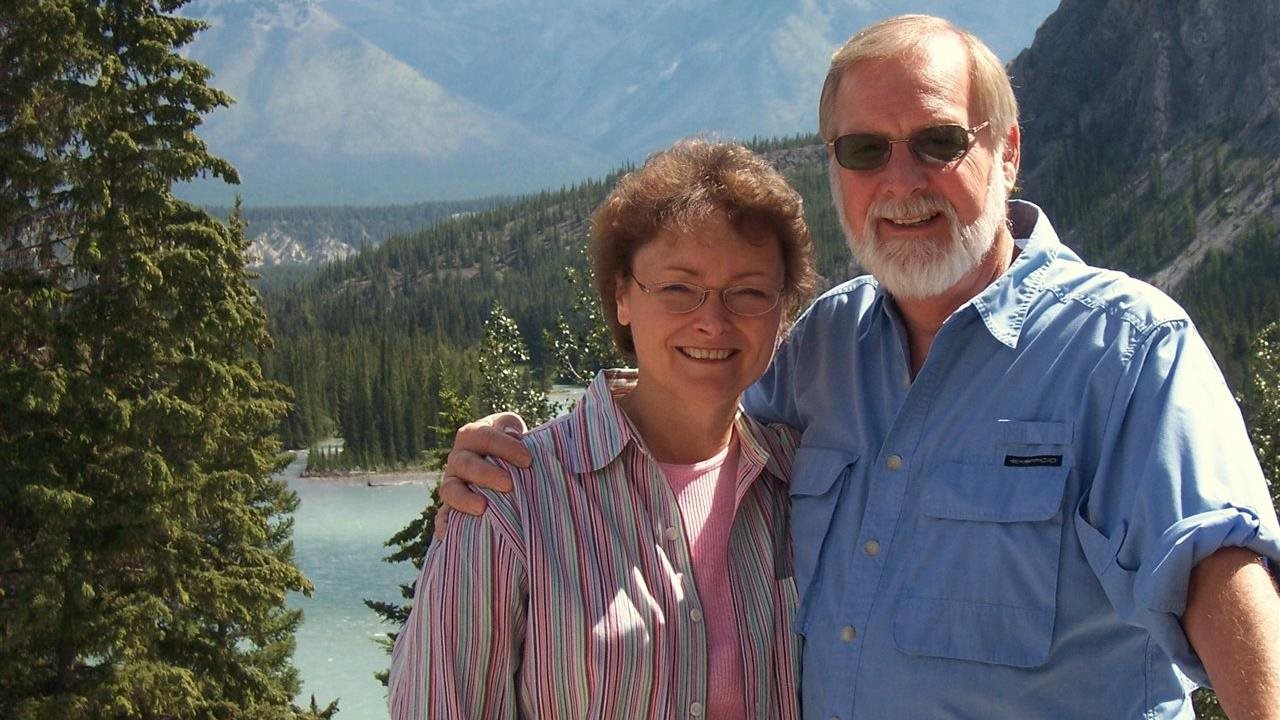 Their first date was in Linda’s apartment, writing a Sunday school lesson while making beef stroganoff. Linda decided that day that she would marry David. While it took David a little longer, he was smitten and four years later they were married and living out their love story.

Eight years into David and Linda’s happily ever after, David noticed an alarming change in Linda. She had begun to experience extreme fatigue and vertigo, accompanied by mental fog and severe headaches. At David’s insistence, Linda visited multiple doctors, who, following routine blood work, diagnosed her with a rare, chronic blood cancer – polycythemia vera (PV), which eventually progressed into another rare blood cancer known as myelofibrosis (MF).

Linda’s MF was progressing at an extremely fast rate, which ultimately led to her oncologist sharing that the couple could expect to have three to five more years together – and that they should make the most of them. Facing this grave warning, David and Linda clung together and refused to give up. David committed himself to learning how to best care for Linda, promising her that he would do everything in his power to support her during this frightening time, while Linda focused inward on her strength in the face of this seemingly insurmountable obstacle.

With encouragement from their doctors, they began proactively looking into the possibility of an allogeneic stem cell transplantation (ASCT). The transplantation would have its own short-term and long-term risks, including a condition known as graft-versus-host disease (GVHD), but would be the only option available to save Linda’s life.[1] Luckily, they found a viable donor in Linda’s family and together, as they approach all things in life, Linda and David chose to move forward with the life-saving procedure.

Six weeks post-transplantation Linda began experiencing rash-like symptoms and quickly reported it to her doctors. This was the first sign of Linda’s new condition – acute GVHD. This complication may occur post-transplantation and is primarily an inflammatory reaction, set off by the new immune cells from the donor (the graft) that are now inside the recipient’s body (the host).[2] Unfortunately for Linda, acute GVHD occurs in about 30% to 40% of people who receive cells from a donor.[2]

Since Linda’s GVHD was identified and caught at such an early stage, her healthcare team was able to fight it. Three months post-procedure, Linda was in remission and the couple returned home. Unfortunately, that was not the end of their journey with GVHD. During the next two years, Linda experienced two episodes of chronic GVHD. Each time Linda quickly told her medical team the moment symptoms began to emerge, allowing for swift action. David credits their quick acting to his wife’s well-worn adage, “See something, say something,” a rule they continue to live by.

Today, almost 5 years post-procedure, Linda is in complete remission. The couple credits their love and devotion to each other for carrying them through this difficult time, and today they continue to face the future, together.

While Linda and David caught her symptoms early and were able to act fast, it’s important to be aware of potential symptoms of GVHD post-transplantation. Being vigilant about changes in your own health or in the health of those you care for is an important component in keeping safe and staying healthy. For those impacted by GHVD, there are resources, like symptoms checklists, that offer helpful ways to monitor your own or a loved one’s symptoms post-transplantation. Additional resources are available at GVHDNow.com.

David and Linda’s happily ever after was given more time through the assistance of several medical innovations, as well as the generosity of her family member’s stem cell donation. In honor of National Donor Day on February 14th, the couple encourages everyone to learn more about becoming a donor and joining Be The Match’s Donor Registry. It only takes one swab to save someone’s whole world – and you can play a part in similar love stories, like David and Linda’s.