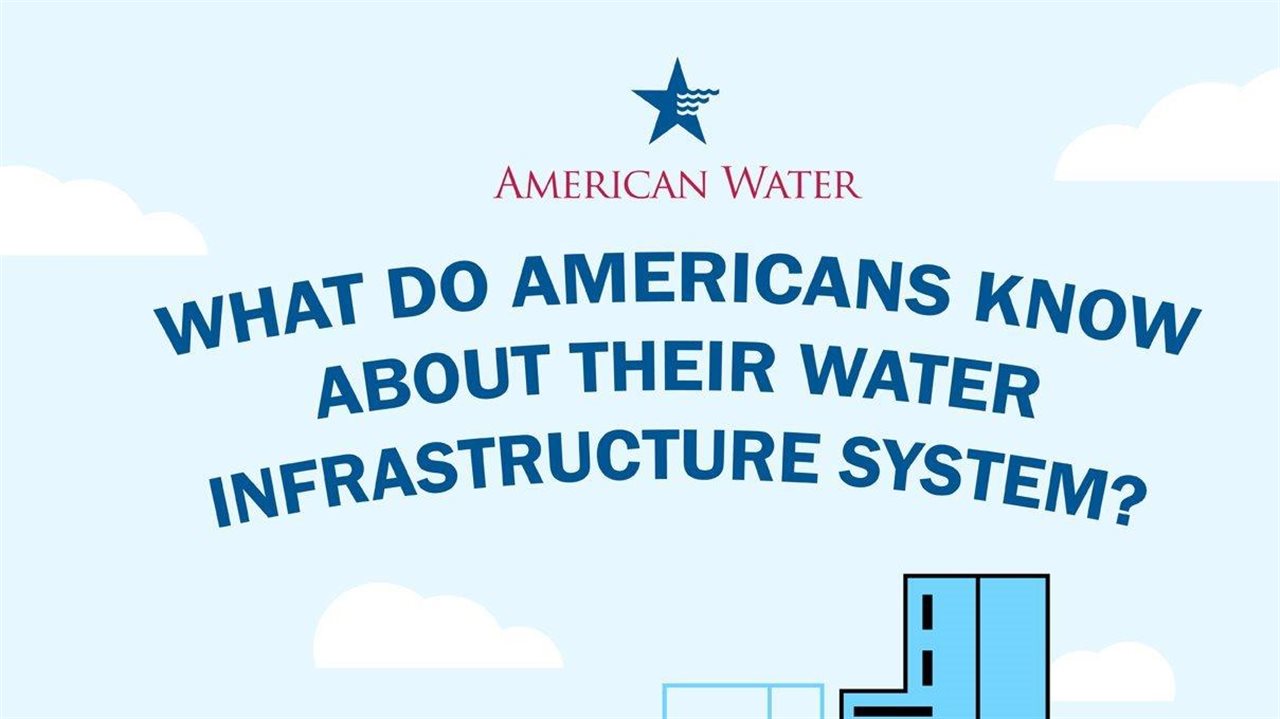 Most Americans don't often think about where their water comes from and how it gets to their taps. When you turn on a faucet, wash clothes or start the shower, you expect water to be there when you need it. However, this is only possible thanks to water utility workers maintaining an aging and complex water infrastructure system to support daily demands.

There are several misconceptions about our nation's water infrastructure, highlighted by a recent survey titled "Infrastructure, Investment and Resiliency" from American Water. Some of the most common fallacies include:

Misconception: There are thousands of miles of quality pipes in the U.S. water infrastructure.

Reality: A majority of Americans (56%) estimate the cost of improving the nation's water infrastructure at $1 billion or less. In reality, the projected cost is $129 billion.

The American Society of Civil Engineers gave the U.S. drinking water infrastructure a C- grade in 2021, highlighting the growing need for improvement to the nation’s system. To address this, the recently passed federal Infrastructure Investment and Jobs Act will invest $55 billion into U.S. water infrastructure. American Water alone has committed an investment of $28 to $32 billion in capital over the next 10 years.

Reality: Half (53%) of Americans estimate that a water main break occurs every couple of hours or less. In reality, water main breaks occur every few minutes. It's estimated that this frequency of water main breaks and pipe leaks, due to aging water infrastructure, causes the U.S. to lose approximately 6 billion gallons of treated drinking water every day.

Reality: Americans, on average, estimate the lifespan of underground pipes is 48 years. In fact, most pipes that deliver water to homes and businesses across the country have an average lifespan of 75 to 100 years. American Water is committed to replacing infrastructure in their systems much more quickly than the current water utility industry standard, with plans to increase resiliency across the 52,500 miles of pipeline it maintains and operates.

Reality: Over three in five Americans are unaware that water infrastructure may be susceptible to cyberattacks and supply chain disruptions (64% and 62%, respectively). Because technology is used in various aspects of water management, cyberattacks are a concern. That’s why American Water has a dedicated team of certified professionals who help maintain the overarching security of informational and operational technology systems; safeguard the physical security of the staff, facilities and assets; and provide emergency response and are ready to adapt if business continuity plans need to be activated.

Misconception: Flushing wipes and cotton products down your toilet and pouring oil or grease down your drain is OK.

Everyone should be able to enjoy the conveniences of having safe, clean water from their tap when they need it. That's why it's important to know the facts about America's water infrastructure and the actions and investments American Water is taking and making to improve its water and wastewater systems. To learn more, visit amwater.com.