National Family Caregivers Month: The Impact of OFF Time for People With Parkinson’s Disease and Their Care Partners 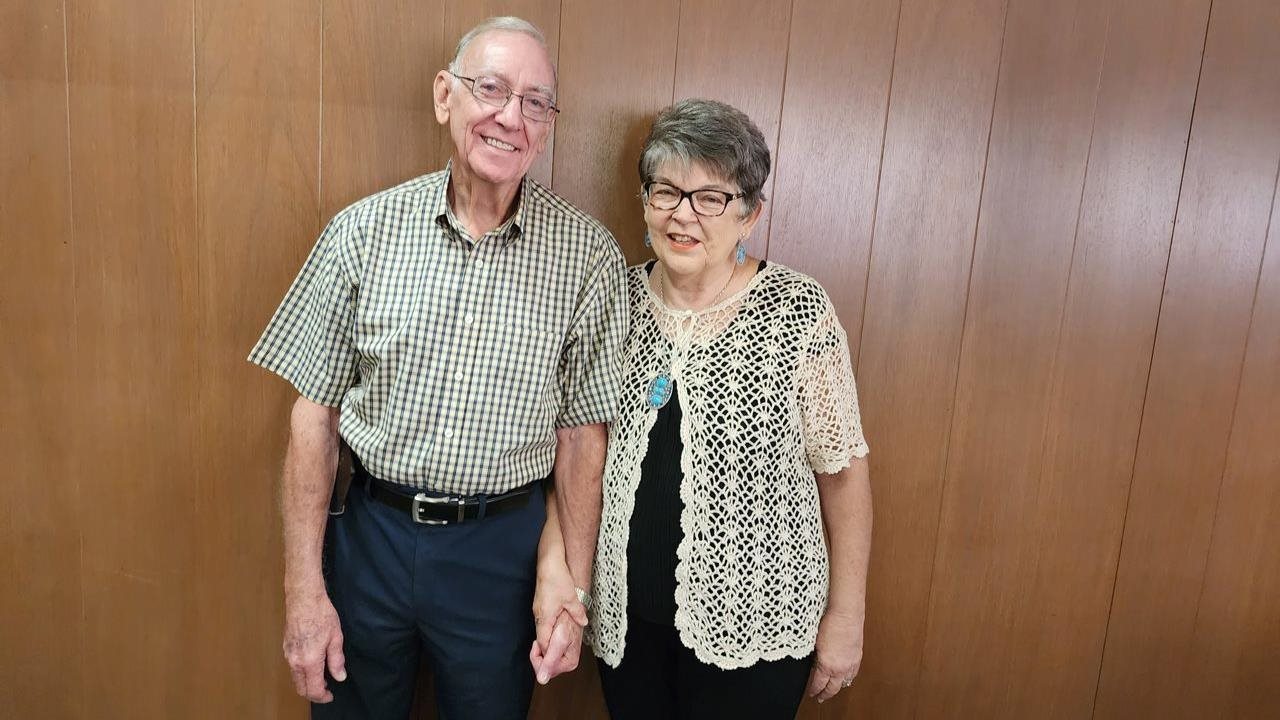 This article was sponsored and developed by Neurocrine Biosciences, Inc.

Approximately 43.5 million caregivers have provided unpaid care to an adult or child in the last 12 months. With November being National Family Caregivers Month, it’s a time to recognize care partners and celebrate the contributions that care partners make in supporting a loved one who may also be managing a health condition.

Jim and Hettie have been married for over 50 years and enjoy doing a variety of activities together, such as involvement in church activities, doing projects around the house, and Jim’s favorite hobby—bass fishing. When Jim, a veteran and retired accountant, began experiencing tremors in 2007 and noticed that his handwriting was getting progressively worse, he went to his doctor for help. Jim’s doctor told him that nothing could be done at the time. In 2012, Jim went to a neurologist for a second opinion and was diagnosed with Parkinson’s disease (PD).

PD, a chronic, progressive neurological and movement disorder, affects approximately 1 million people in the U.S. and 10 million people worldwide. Symptoms generally develop slowly over years. The progression of symptoms is unique to each individual. People with PD may experience tremors, slowness of movement, limb rigidity or stiffness, and gait or balance problems. While there is no cure for PD, medication can help improve daily symptoms.

After receiving his PD diagnosis, Hettie worked to help Jim adapt to his PD symptoms so that he could continue doing the things he loves. As Jim’s wife and care partner, Hettie keeps a log of Jim’s symptoms based on her observations, attends doctors’ appointments, and supports Jim in every way she can. Together, Jim and Hettie manage a PD support group and enjoy getting to know group members on a personal level. When Jim started to have challenges backing the couple’s boat down ramps to access the lake, putting his beloved pastime of fishing at risk, Hettie suggested they find a lake house to make Jim’s passion more accessible. The two found a small fixer-upper and have spent the past six years working side by side to improve the house and travel to it several times each week.

After Jim’s diagnosis, he began taking levodopa/carbidopa to treat his PD. Nearly nine years after being diagnosed in 2012, Jim began experiencing OFF time—a period of time between regular doses when medication “wears off” and symptoms return. He felt extremely sluggish in the mornings and noticed that his tremors would return after a long day, especially when he was overly fatigued. Like many people with PD and their care partners, Jim and Hettie weren’t familiar with OFF time—until they mentioned Jim’s symptoms to his doctor. A recent survey showed that 86 percent of people with PD experience OFF time, and most people with PD and their care partners say OFF time has a significant impact on their daily activities.

To help manage Jim’s OFF time symptoms, his doctor prescribed ONGENTYS® (opicapone) capsules, a prescription medicine used with levodopa/carbidopa in people with PD who are having OFF episodes. It is not known if ONGENTYS is safe and effective in children. The most common side effects of ONGENTYS include uncontrolled sudden movements (dyskinesia), constipation, increase in an enzyme called blood creatine kinase, low blood pressure, and weight loss.

Hettie saw improvements in Jim’s symptoms after taking ONGENTYS. “With less OFF time, the spark is back in the man I married 54 years ago,” said Hettie. Jim also notices improvement and gets up and moves at a quicker pace each morning since taking ONGENTYS.

By sharing their story during National Family Caregivers Month, Jim and Hettie hope their personal journey encourages people with PD to share their experiences or concerns regarding symptoms with their loved ones and to speak with a healthcare provider about treatment options. They also remind people that each person has a different PD experience, and treatment varies from one person to another, which is why it is important to speak with a healthcare professional to determine the appropriate treatment approach.

To learn more about ONGENTYS, talk to your doctor or visit ongentys.com for more safety information.

ONGENTYS® (opicapone) capsules is a prescription medicine used with levodopa and carbidopa in people with Parkinson’s disease (PD) who are having “OFF” episodes.

It is not known if ONGENTYS is safe and effective in children.

Do not take ONGENTYS if you:

Before taking ONGENTYS, tell your healthcare provider about all of your medical conditions, including if you:

Tell your healthcare provider about all the medicines you take, including prescription and over-the-counter medicines, vitamins, and herbal supplements. Especially tell your healthcare provider if you take nonselective MAO inhibitors (such as phenelzine, tranylcypromine, and isocarboxazid) or catecholamine medicines (such as isoproterenol, epinephrine, norepinephrine, dopamine, and dobutamine), regardless of how you take the medicine (by mouth, inhaled, or by injection).

What should I avoid while taking ONGENTYS?

What are the possible side effects of ONGENTYS?

ONGENTYS may cause serious side effects, including:

Tell your healthcare provider if you experience any of these side effects or notice changes in your behavior.

These are not all of the possible side effects of ONGENTYS. Call your healthcare provider for medical advice about side effects. You may report side effects to FDA at 1-800-FDA-1088.