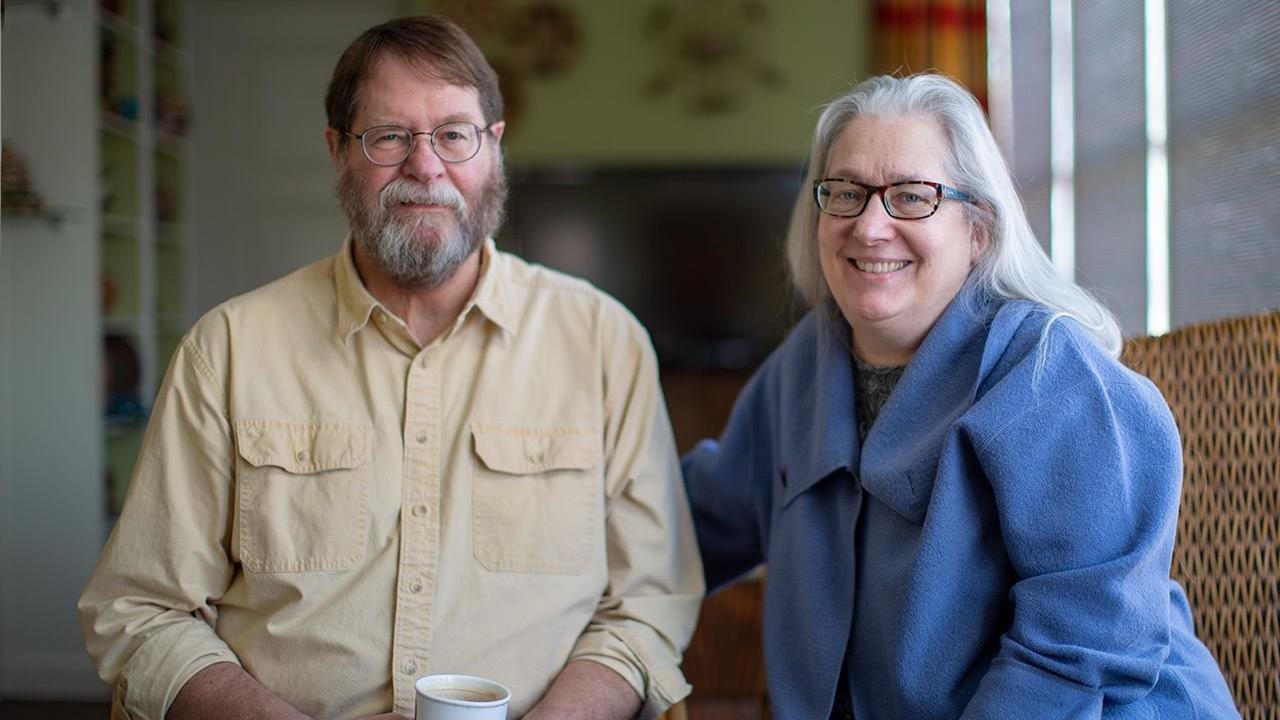 When Greg first learned about a rare disease affecting his brother, he had no idea that the illness would shortly come to define his own life, or that his search for answers would take him on a journey going back generations to his Irish ancestors.

Greg grew up in an active family, and his love of the outdoors carried on throughout his life. But when the keen rock climber started having nerve problems in both wrists that made it difficult for him to grip tightly, he knew he needed help. At first, he thought it was carpal tunnel caused by the repetitive flexing needed in the sport. But after further testing, Greg was diagnosed with hereditary ATTR amyloidosis (hATTR) — the same disease that had robbed his beloved older brother of his independence, ability to function and eventually, his life.

“I was absolutely devastated when they told me I had what my brother had. At first, I just refused to accept it,” said Greg. At the time, he didn’t know that hATTR amyloidosis is hereditary and has a genetic link. But with the support of his wife and family, Greg vowed to do everything he could to learn about the condition.

He consulted resources such as hATTR Change the Course and learned that, in people with hATTR, an abnormal protein called amyloid builds up in multiple organs of the body where it should not be. This amyloid buildup causes these organs to stop working normally. Symptoms of hATTR are varied and include digestive problems, as well as nerve damage that can cause changes in balance and coordination.

“hATTR amyloidosis is a rare, and ultimately fatal disease that often affects the nerves, heart and kidneys,” said Daniel Lenihan, M.D., professor of medicine at the Washington University School of Medicine in St. Louis and a world-renowned expert on hATTR. “The condition can have multiple symptoms that can seem disconnected, and a genetic test can confirm diagnosis.”

More than 80 percent of rare diseases like hATTR amyloidosis have a genetic link, meaning they are passed down through generations. Greg discovered that hATTR amyloidosis is more common in people with Irish, Portuguese, Japanese, Swedish, French or West African ancestry.

Greg had always been proud of his Irish roots, but he was shocked to uncover that the disease may have impacted up to 600 people in his extended family, dating back three centuries to when they came from a small town in Northern Ireland. Knowing that the disease could impact other family members, Greg began to take a closer look at his family tree. Discovering that his grandmother had died young from symptoms similar to his and his brother's, Greg began to read family journals and delve deeper into the past.

“It’s amazing to me that this condition has had such an impact across so many generations of my family, and on other families just like mine,” said Greg. “My ancestors had no idea they were carriers of this gene, but I’m grateful that we know more about it today.”

“For the first time, there are now treatment options that can slow hATTR amyloidosis with polyneuropathy from getting worse, and the earlier it is diagnosed the better,” said Dr. Lenihan. “Now, when people are diagnosed with this condition, they have choices in how to manage their symptoms, so it’s more important than ever for people who are at risk to find out whether they have the gene for this condition.”

With treatment, Greg is doing much better. “I’m a positive person, and I’m now able to enjoy life just that little bit more now that I know I’m doing everything I can to fight this disease.”