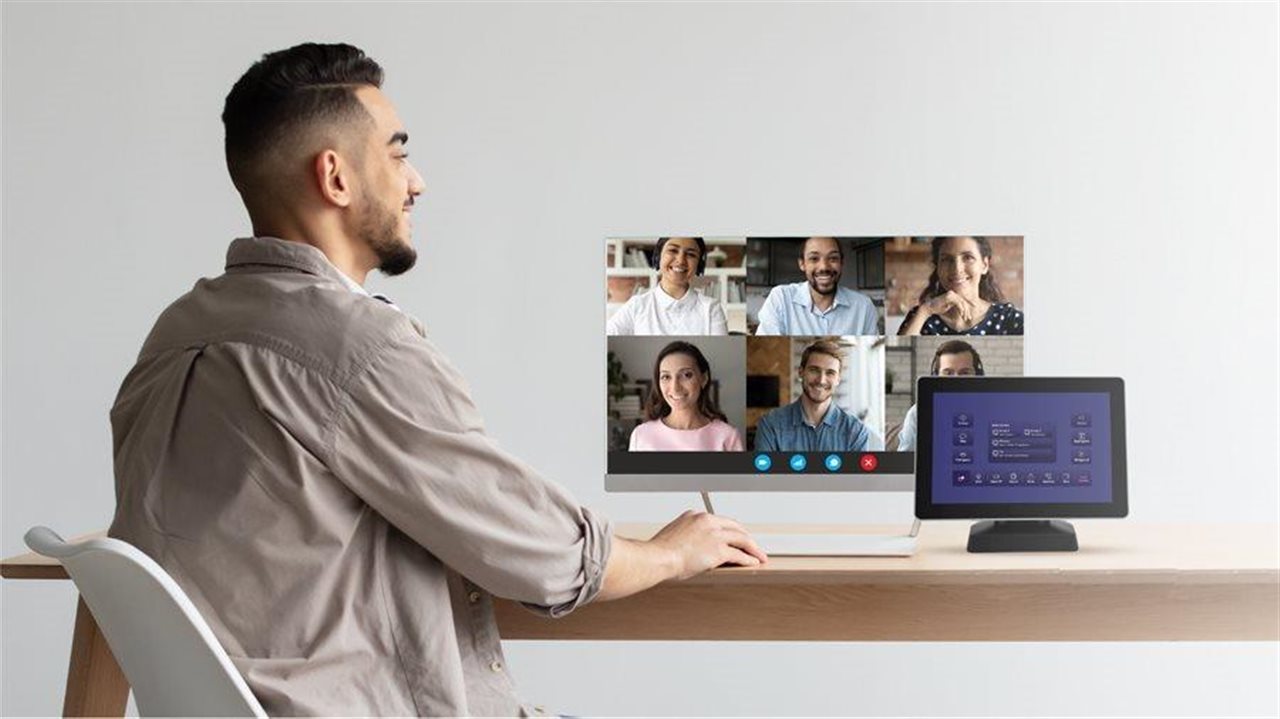 With a projected 25% of all professional jobs in the U.S. expected to be remote by the end of 2022 as well as 62% of employees saying they work remotely at least some of the time, it’s safe to say that the work landscape has evolved. In order to adapt and ensure workplace productivity whether in the office, at home or on-the-go, it’s crucial to have a simple, intuitive workplace setup that allows for maximum flexibility and ultimate convenience, no matter if you’re in the office or working remotely.

Instead of being a nice-to-have, video conferencing has become the new normal, infiltrating nearly everyone’s work lives and becoming increasingly important. Here are five simple tips for how to ensure your work setup is equipped to handle today’s evolved working environments with ease and efficiency:

Many folks are utilizing laptops for work these days, which certainly do allow for extra flexibility both in and out of the office. However, most laptops were not designed to be powerhouse video conferencing machines. Therefore, their audio isn’t designed to be as crisp or clear as is ideal for consistent video conferencing meetings. Utilizing a dedicated personal speaker/microphone helps to drown out potentially distracting background noise, and can help cultivate the feeling of actually being in the same room with the folks on the other side of the screen. It also ensures that your voice is clear to the others in the meeting.

One common pain point of consistent video conferencing meetings is needing to switch back and forth between the three largest video conferencing platforms, Google Meet, Microsoft Teams and Zoom, which have all the most commonly needed buttons and controls in different places on the screen. Rather than search for common controls like the mute button or the chat box, utilize Unify Meeting Software, an intuitive application specifically designed to combine all three video conferencing platforms into one, standardized user interface. Intended to be utilized on a second or third display, Unify’s reliable interface takes the guesswork and hassle out of using multiple video conferencing systems. It also displays the user’s calendar at all times for easy schedule viewing. When it’s time for a meeting, the user can simply tap the calendar to open the meeting in the correct video conferencing software.

Laptop cameras aren’t generally up to the task of ensuring that folks look their best on camera. It is an unfortunate fact that a years' old $200 cell phone has a better camera than a $2,000 modern laptop. It can be handy to invest in a separate webcam but positioning around natural light can be a great way to start. Ideally, facing a window (not having the light source behind the screen) provides soft light that can be flattering on video conferencing calls. However, not everyone has access to an office with an optimally placed window. With that in mind, many are turning to ring lights, which can ensure maximum visual appeal on camera. In addition, keep the camera background clear of clutter for minimal distractions to keep the focus of the meeting.

Utilize a Second or Third Display: Utilizing multiple screens has been shown to greatly enhance productivity. According to a study conducted by Wichita State University and commissioned by Dell, users were able to complete jobs faster largely due to needing to switch windows 15% less frequently. While that may not sound like much, it has big payoffs in relation to getting things done, saving up to 10 to 15 minutes per task. Always on the desk but never in the way, utilizing a second or third display allows users to leverage Unify Meeting, which will simplify the video conferencing pipeline, while also allowing for the user to consistently view their calendar, know what’s on the docket and effectively better plan for the day. Sleek, small and sophisticated, Mimo Monitors 7” tablet allows users to utilize Unify Meeting (free with the purchase of a display) on their second or third display, see their calendar at all times, and doesn’t take up much desk real estate.

With video conferencing calls now monopolizing a large part of the work day, it’s easy to get burned out. Video conferencing reduces regular mobility, requires a higher cognitive load than in-person meetings, and the excessive amount of eye contact required can be exhausting. To combat this, it’s important to build in breaks. Experts recommend taking a break at least once every hour or two for ten to fifteen minutes, or to consider making meetings twenty or twenty-five minutes long, to allow for a few extra minutes before the next meeting. While best practice is to have the camera on at all times, it can also be okay to occasionally do a meeting without it, since that’s one of the things most flagged for causing the fatigue and burnout. 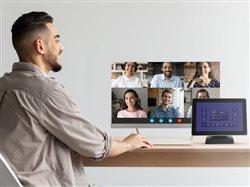 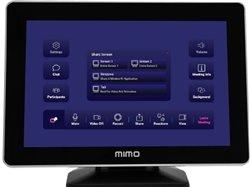