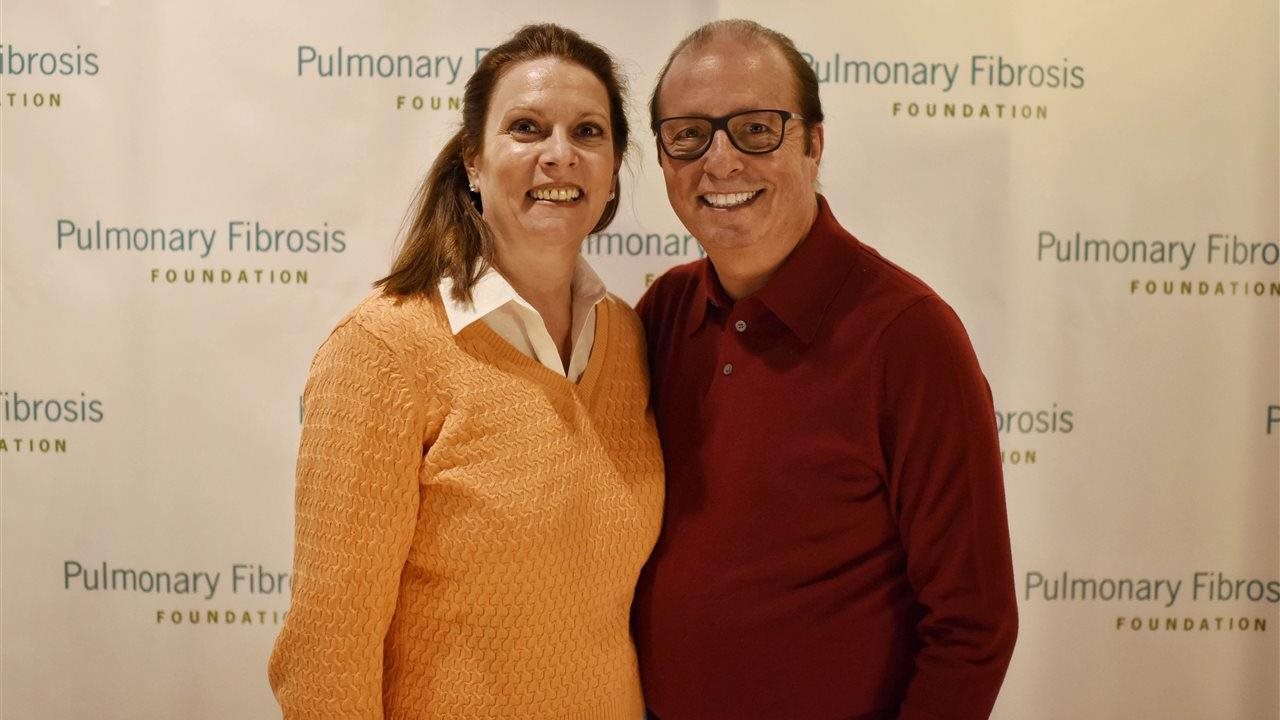 Most people have never heard of pulmonary fibrosis (PF), a progressive, debilitating lung disease affecting more than 200,000 people in the United States. Because it is relatively unknown, patients can go months or even years without the correct diagnosis. Gary Cunningham was diagnosed with idiopathic pulmonary fibrosis (IPF), one of the common types of PF, faster than most because he was all too familiar with the disease.

“I recognized the symptoms of PF because my mother had died from the disease in 1995 at the age of 61,” said Cunningham. “I was able to discuss my symptoms and the possibility of PF with my doctor right away.”

Know the symptoms of PF

Cunningham primarily experienced shortness of breath and muscle fatigue walking up the stairs, but other common symptoms include a lingering, dry cough and feeling run-down. Common risk factors for IPF are a history of smoking, an age of 60 years or more, and certain environmental exposures.

More than 50,000 new cases of PF are diagnosed each year and many more are likely to be misdiagnosed or go undiagnosed. For Cunningham, early diagnosis was key for maximizing treatment options, so knowing the symptoms and risk factors is very important. To facilitate a clear diagnosis, you may need to ask your physician for a thorough physical exam, as well as further testing such as a pulmonary function testing and/or high-resolution computed tomography. The Pulmonary Fibrosis Foundation (PFF) provides more details about symptoms and risk factors at AboutPF.org.

“Our mission is to educate and help as many PF patients and caregivers as we can,” said William T. Schmidt, President and CEO of the PFF. “In addition to providing information about the disease, AboutPF.org even includes a downloadable checklist that patients can take with them to discuss with their doctor.”

Resources and hope for living with PF

While no known cure currently exists for IPF, treatments can help slow progression and improve quality of life. In order to manage Cunningham’s disease, his pulmonologist prescribed medication, pulmonary rehabilitation and supplemental oxygen.

When he first started treatment, Cunningham and his wife, Marianne Sarazin, searched for as much information as they could find. That’s when they were connected with the PFF. The couple felt empowered by the extensive resources they found, including doctors and hospitals specializing in the disease, treatment options, details on the latest research and clinical trials, and support groups. They are now leading advocate volunteers with the PFF and support group facilitators, working to raise awareness of PF.

“I tell my story and work with the PFF to help people educate themselves on this disease, and to empower them to advocate for their health,” Cunningham said. “Going beyond diagnosis, we’re also trying to raise awareness of the challenges we face in treatment, such as getting access to oxygen, which many of us rely on to breathe.”

While an important part of their treatment, many patients find using oxygen to be complicated, frustrating and inconvenient. For the one million Americans who use oxygen, access to suitable oxygen delivery systems can be especially difficult. Even more, a recent survey conducted by the PFF revealed that half of patients using supplemental oxygen experienced problems with their devices.

“Patients across the country struggle to get the oxygen they need to manage pulmonary fibrosis,” said Schmidt. “We have established a toll-free Oxygen Information Line to provide information and resources for patients in need of supplemental oxygen, and we’re also working to support legislation that will help make access to oxygen easier and more affordable.”