Detecting autism: What every parent should know about screening 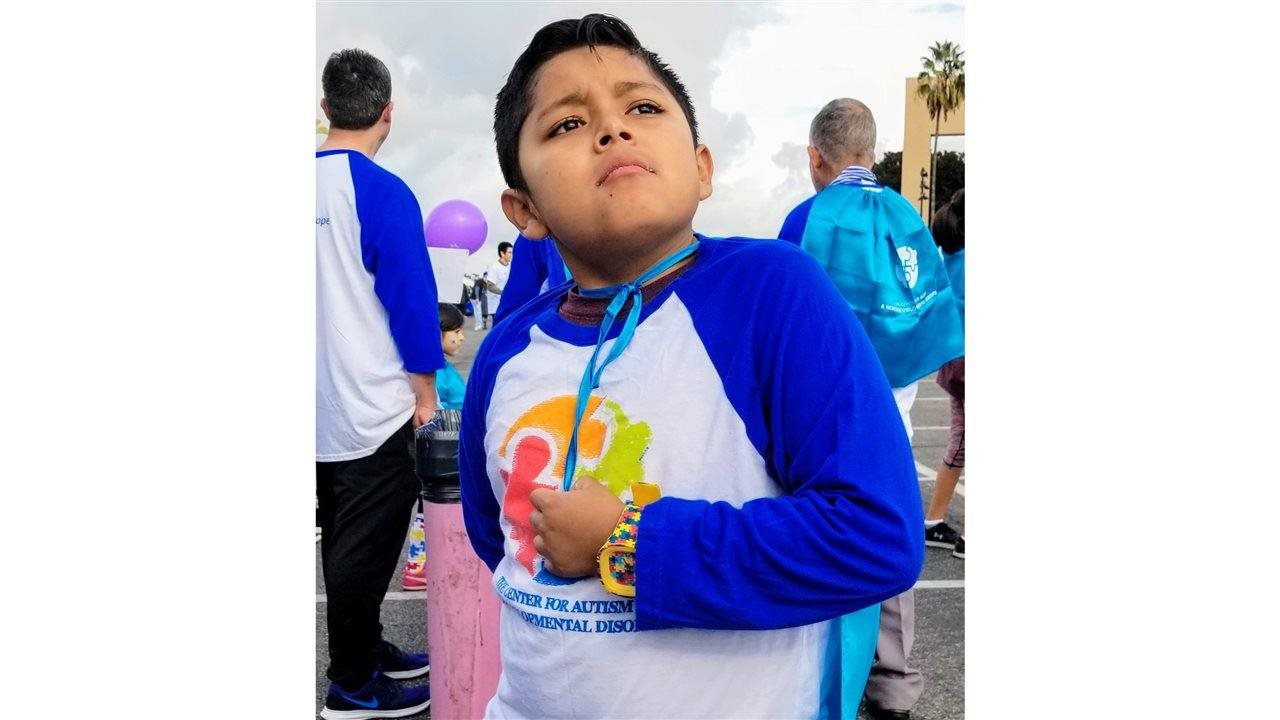 For a child with autism, an early diagnosis is one of the most important steps to help them achieve their brightest possible future. That’s why, even in the wake of the coronavirus pandemic, it’s vital for families to look out for the signs of autism in young children and seek diagnosis and intervention.

While one in 54 children is diagnosed with autism in the U.S. today, that number is significantly higher among white children than in Hispanic children, indicating potential missed or delayed diagnoses, which may lead to a later age of diagnosis for Hispanic children. That’s why groups like Autism Speaks are providing information in both English and Spanish to help parents learn about autism and its early signs — and where to get help — even during these challenging times.

Early indicators of autism can include little or no functional words, sensitivity to sound or light, or delays in speech and developmental milestones. Parents who think they may see signs in their child are encouraged to visit ScreenForAutism.org or DeteccionDeAutismo.org to take the M-CHAT (Modified Checklist for Autism in Toddlers) screening questionnaire. This first step can help indicate if further evaluation may be needed. Parents can also contact their child’s doctor and ask about autism at their next in-person or telehealth visit.

Berlina Felipe’s son Alex was diagnosed with autism after she noticed delays in his speech at a young age. Since English was Felipe’s second language, a local university’s center for autism and neurodevelopmental disorders offered the Felipe family several important autism resources and materials translated into Spanish to help them navigate the autism journey.

“I am extremely grateful for Alex’s diagnosis, especially so early on in his life. It made such a difference that I was able to seek resources and get Alex the services and support he needed starting with speech, occupational and behavioral therapies. It meant that we had what we needed as a family to prepare him for his everyday life,” she added.

Thanks to Alex’s early diagnosis, his family can help support his healthy development, improve his communication skills and work to reduce his challenging behaviors in whatever circumstances life might throw their way — which has become more important than ever during the coronavirus pandemic.

“Coronavirus has impacted my family in many ways,” Felipe explains. “Alex does not cope well with change, so being quarantined was a challenge on its own. It took us a while before we could find a good routine for him to adapt to. We found a good rhythm for virtual learning and Alex ended up getting three awards on his last trimester of school.”

Felipe credits an early autism diagnosis for making this unique period of their lives less challenging.

Because autism can be diagnosed as early as 18 months, the American Academy of Pediatrics recommends every child have an autism screening at their 18- and 24-month well-child visits. But according to a 2019 survey by the Ad Council and Autism Speaks, only 35 percent of parents say their child has been screened for autism. Most children still aren’t diagnosed until the age of four or five, and even later for low-income and minority children.

If you see potential signs of autism in your child, Autism Speaks offers resources for parents as they move along each step of the diagnosis journey. You can reach the Autism Response Team at 1-888-AUTISM2 (1-888-288-4762), en español at 1-888-772-9050 or via email at [email protected] for more information.

For more information about the signs of autism, help finding local service providers and support for before, during and after an autism diagnosis, visit ScreenForAutism.org or DeteccionDeAutismo.org.

A diagnosis of autism is difficult for any parent. It’s overwhelming trying to understand the details of your child’s diagnosis, your doctor’s advice about resources and the full explanation about what autism is and what it means for your child’s future — all while coping with your emotional response. If your native language isn’t English, it’s even more difficult to navigate all this information about your child’s autism.

While one in 59 children is diagnosed with autism in the U.S. today, among white children the reported number is 7% higher than in African American children and 22% higher than in Hispanic children, indicating possible missed or delayed diagnoses in those groups. Some of those missed diagnoses may be partly due to language barriers.

Having your child screened early is the key to early intervention, which can help set up your child for their brightest possible future, no matter where they fall on the autism spectrum. Thanks to resources available in both English and Spanish, parents can now find information about autism to learn about recognizing early signs — and where to get help.

Berlina Felipe, mom of four-year-old Alex, worried about her son's future while she waited for his diagnosis appointment. Fortunately, her English language skills made it possible for her to research autism — and understand most of the information she found. However, while some of the densely written information was challenging even for her to read, her less fluent husband found it nearly impossible.

Fortunately, the Center for Autism and Neurodevelopmental Disorders at the University of California–Irvine offered the Felipe family several of their "24 Autism Speaks" tool kits translated into Spanish. The center also offered the Felipe family an Autism 101 class, providing their informative 100 Day Kit for Newly Diagnosed Families resource in Spanish (Manual de los 100 Días). When Berlina’s husband wanted to participate more fully in the class, such as being able to ask questions in his own words, the center started offering a Spanish-language class.

These resources make it easier for families to share information about autism with their extended families, including grandparents or other relatives. Without fully understanding autism, family members may assume that a child who struggles with social skills or has communication problems is just misbehaving. Education and information helps family members fully support the child, using appropriate techniques to help them develop and grow.

The Felipe family continues to use every resource possible to help their son thrive. For example, Alex takes jiu-jitsu classes, which help him become more comfortable with touch and eye contact, along with learning other vital social skills.

Thanks to Alex being diagnosed at the age of four, he received early intervention to support his healthy development, improve his communication skills and decrease his challenging behaviors, which will all result in positive outcomes later in life.

Because autism can be reliably diagnosed as early as 18 months, the American Academy of Pediatrics recommends screening for every child at their 18- and 24-month well-child visits.

But according to a recent survey conducted by Ad Council and Autism Speaks, the number of parents who say their child has been screened for autism reached only 35% at the end of 2019. Most children still aren’t diagnosed until the age of four or five, and even later for low-income and minority children.

Early intervention is crucial for children with autism to achieve their best possible outcome, making a lifetime of difference for that child and their family.

For more information and resources including information about signs of autism, an autism screening tool and help finding local service providers and support for before, during and after an autism diagnosis, visit ScreenForAutism.org or DeteccionDeAutismo.org.